The History of Ross Bible Church 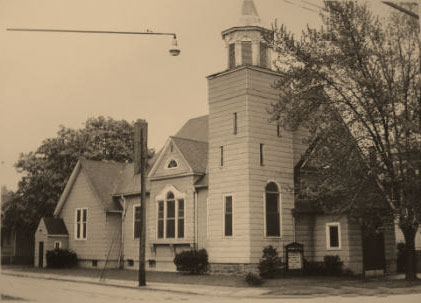 Ross Bible Church began as a Sunday School in June 1889. A few years later at a meeting of members of the Ross Chapel on January 8,1896, forty-three people expressed their desire to associate themselves with a church. They voted to call it Ross Memorial Congregational Church in memory of the pastor of the First Congregational Church, Dr. A. Hastings Ross. The first meeting was held in Ross Chapel, the small back part of the old Ross Church at 402 Fourteenth Street, Port Huron. Some of the former Pastors of the church were Pastor Messers, Lambercht, Brown, Storey, Shepherd, Young, and Brown. Many of these pastors served both Ross and the Sturges Congregational Church.

During the latter part of 1946, Rev. Don Allbaugh was called to be the pastor. In 1949 the name was changed to Ross Memorial Independent Bible Church. In September 1954, Pastor Erwin R. Tuinstra was called as pastor and during his ministry a remodeling program was completed.

Rev. Kenneth Kilinski was called as pastor in December, 1958 and the Sunday School grew so that additional space was needed. Rev. Neil Horn was called as pastor on October 2, 1962. Under his ministry, property for a new church was purchased on Maywood Drive in February, 1963. 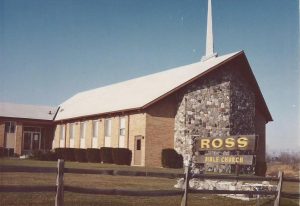 in November 1965. He began drive-in services during the summer months at the new property to introduce the church to the neighborhood, and the Lord blessed in many ways. With the new location, the name was shortened to Ross Bible Church. In February, 1971 the new church building was dedicated and the second phase, which included a small gym, was completed in March of 1972. 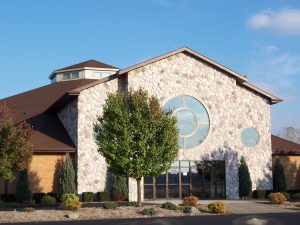 call to our pulpit. The small gym was converted to classrooms and a new larger gym was completed and dedicated to the Lord on January 15, 1989. Peter Foxwell served from June 1993 to May 1997. During 1994, the additional 5 acres of frontage on West Water were purchased. Mike Newman was called in June 1997 to be pastor and he served until March 2004. On September 17, 2000 we dedicated our new 1,200 seat auditorium that includes over 31,000 square feet of classrooms, office space and nursery facilities. In July 2007, Joe Beneschan was called to be the Senior Pastor and he ministered at Ross until May of 2011.  Tim Clark and Steve Scott currently serve as pastors at Ross Bible Church.

Ross Bible Church has ministries for people of all ages. We also support missionaries and Christian organizations in both the United States and foreign countries.  In addition, we are the home of Ross Pre-School and Wonderful News Radio (WNFA/WNFR).